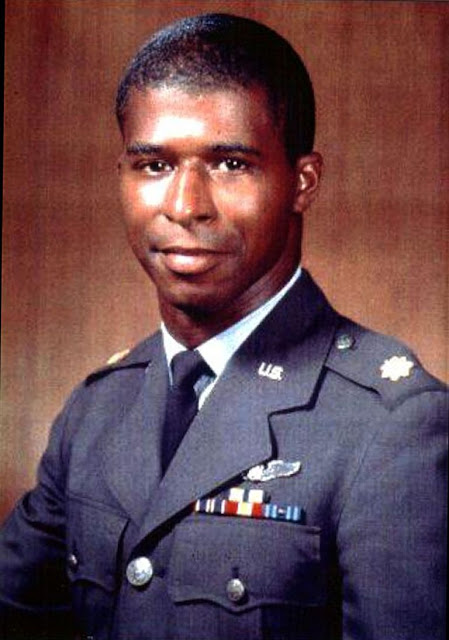 Maj. Robert H. Lawrence Jr. was born in Chicago, Illinois on Oct. 2, 1935. He graduated from high school at the age of 16 and went on to earn his bachelor's degree in chemistry from Bradley University at age 20. He soon became a highly accomplished pilot and Air Force officer, accumulating 2,500 flight hours including 2,000 in jets. He also earned a doctorate in physical chemistry from Ohio University in 1965, which made him the only selected Manned Orbiting Laboratory (MOL) astronaut with a doctorate degree.

MOL was a joint program between the U.S. Air Force and the National Reconnaissance Office that envisioned a series of mini space stations in low polar Earth orbit.

Unfortunately, while serving as an instructor for another pilot practicing techniques that were later used in the Space Shuttle program, Lawrence died in an F-104 Starfighter supersonic jet crash on Dec. 8, 1967.

However, due to the secrecy of the MOL program, Lawrence remained largely unknown for many years until the 1990s when the barriers over the definition of the word “astronaut” were overcome and Lawrence finally received the recognition he deserves.