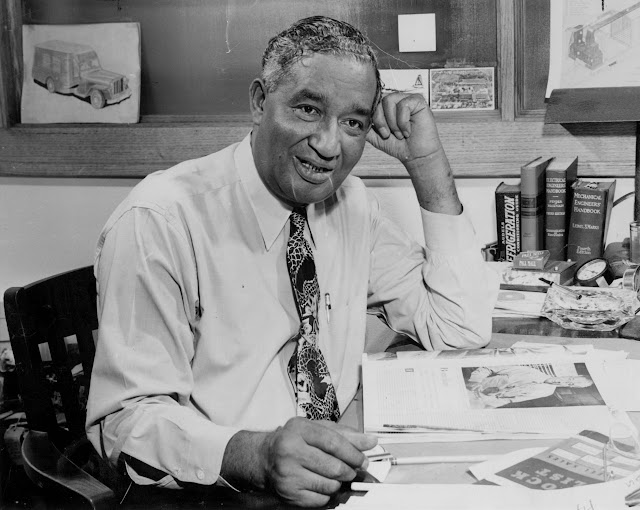 Frederick McKinley-Jones (May 17, 1893 – February 21, 1961) was an African-American inventor, entrepreneur, winner of the National Medal of Technology, and an inductee of the National Inventors Hall of Fame. His innovations in refrigeration brought great improvement to the long-haul transportation of perishable goods.

In 1912, Jones moved to Hallock, Minnesota, where he worked as a mechanic on a 50,000-acre (200 km2) farm. After service with the U.S. Army in World War I, Jones returned to Hallock; while employed as a mechanic, Jones taught himself electronics and built a transmitter for the town's new radio station. He also invented a device to combine sound with motion pictures. This attracted the attention of Joseph A. Numero of Minneapolis, Minnesota, who hired Jones in 1930 to improve the sound equipment made by his firm, Cinema Supplies Inc.

Around 1938, Jones designed a portable air-cooling unit for trucks carrying perishable food, and received a patent for it on July 12, 1940. Numero sold his movie sound equipment business to RCA and formed a new company in partnership with Jones, the U.S. Thermo Control Company (later the Thermo King Corporation) which became a $3 million business by 1949. Portable cooling units designed by Jones were especially important during World War II, preserving blood, medicine, and food for use at army hospitals and on open battlefields.