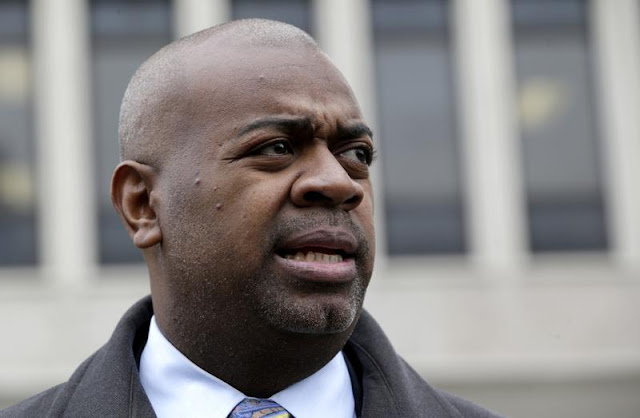 Newark Mayor Ras Baraka released the following statement defending the city’s sanctuary policies for undocumented immigrants, one day after the Trump administration announced federal agents who patrol the U.S. border will be deployed to cities across the country where local jurisdictions are hindering stepped up immigration enforcement.

“Nearly three years ago, I signed a 10-page executive order to protect undocumented people from aggressive government intervention in their lives.

“I knew then that the fight to protect these people’s basic human rights was not over. Now, U.S. Attorney General William Barr has promised a ‘significant escalation’ in the Trump Administration’s crack down on sanctuary cities.

“The language used by the Attorney General is divisive. It provokes fear and incites hatred, the very two destructive emotions we want to negate in our approach to ‘A Fair and Welcoming City,” the name of my executive order.

“In announcing the lawsuit against New Jersey, Attorney General Barr accused us of ‘jeopardizing the public’s safety by putting the interest of criminal aliens before those of law-abiding citizens.’

“This is simply not true. There is absolutely no sanctuary in this city for dangerous criminals, for that would be a betrayal of my personal values and the promise I made to all residents to keep Newark a safer city by building trust in our police.

“We vigorously prosecute those undocumented people arrested for a multitude of violent, assaultive and exploitive crimes, including domestic violence, and notify federal immigration officials.

“First, in terms of law enforcement, our policy protects undocumented victims. This population is prey for criminals and we want them to feel safe and comfortable in the care of our police. Our efforts to have good community relations and build trust with all our residents, must include the undocumented population, otherwise it is incomplete.

“The Trump Administration plan to bolster ICE enforcement forces with tactical units will undermine our efforts to build community trust. It will recall painful images of the last time federal troops patrolled our town.

“Equally, every other aspect of our policy gives undocumented people the dignity of recognition. We give them ID cards so they can work, open bank accounts, obtain building permits or start businesses and build their community, all hallmarks of the immigrant American Dream.

“We offer them City services to ensure their health and welfare, or that their homes are up to code. The executive order protects them from any City government or police discrimination or profiling.

“We have pulled together a conglomerate of government officials, public and charter school educators, clergy, and business and university leaders to embrace the undocumented population and integrate them in our community.

“This is nothing new for Newark. Being ‘A Fair and Welcoming City’ is an intrinsic part of our history, from the earliest German and Irish immigrants, to the Italians and Jewish people, and the largest group of all, the African-American migrants from the South.

“A ‘Fair and Welcoming City’ is what we are and have always been. And we will fight to keep it that way.”