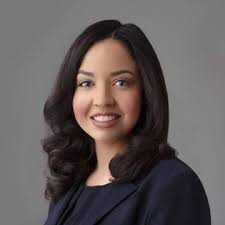 New Mexico has made history. Gov. Michelle Lujan Grisham has appointed Shammara Henderson as the states first African American judge to the Court of Appeals.

The 37-year-old has packed a lot of experience into a short amount of time. She is a former state and federal prosecutor, assistant district attorney in Albuquerque, an assistant U.S. attorney and owns her own private practice.

"I have that experience that would bring value to the bench in multiple different ways and I think it's important for people to be able to see that," Henderson said.

"I think having a diverse bench is very important in interpreting the law to ensure that it is being applied appropriately," Henderson said.

It's diversity that she and many others hope will not take another 100 years to continue.

"Black lawyers, black law students, women lawyers, women law students and anybody really, if they put their mind out there and say that they can accomplish these things, they can do it," Henderson said.

Henderson said in the next 10 years she hopes to still be a judge in this very position. She plans to start her new job in March, but to remain on the court, she must be elected in the next general election.