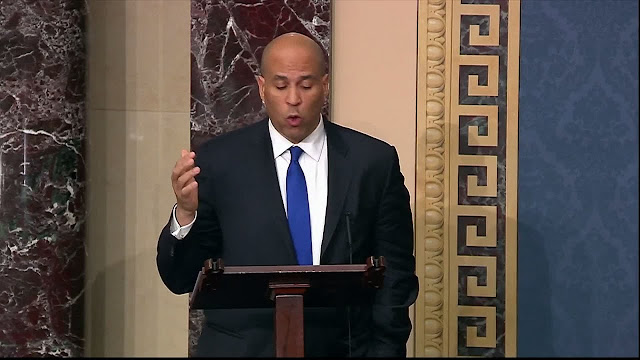 On Feb. 4, senators weighed in for a second day on whether they would vote to remove President Donald Trump from office. The speeches come one day before the Senate decides whether to convict or acquit Trump on two articles of impeachment -- abuse of power and obstruction of Congress.

Sen. Cory Booker, D-N.J., said impeachment is a "profoundly sad time" for the country, saying that President Donald Trump is "guilty of committing high crimes and misdemeanors." He asked how the United States would heal from such a dark day, but that the hopes of the nation would lie with its people.

Watch his speech below: