Black churchgoers in Selma turn their backs on Bloomberg 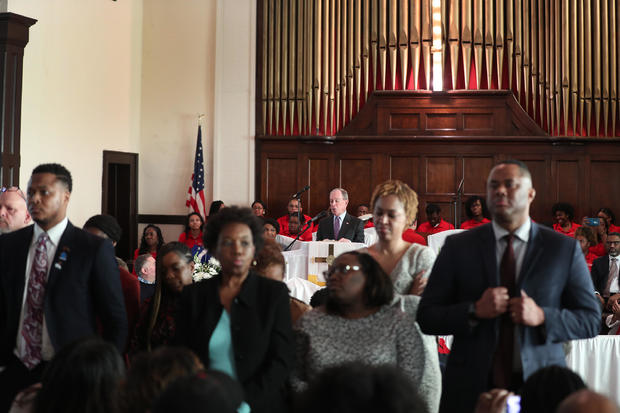 Bloomberg addressed the congregation at Brown Chapel AME Church during a church service in which he discussed voter suppression and the fight for civil rights. But roughly 10 minutes into his remarks, several in attendance rose from their seats and silently turned away from him.

The churchgoers remained standing through the end of Bloomberg's remarks.

Also attending the service at Brown Chapel was former Vice President Joe Biden, who won Saturday's South Carolina primary, and Stacey Abrams, who unsuccessfully ran for governor of Georgia in 2018.

After the service, Biden and Bloomberg were set to be joined by fellow candidates Elizabeth Warren, Amy Klobuchar and Pete Buttigieg for the annual march across the Edmund Pettus Bridge to commemorate "Bloody Sunday," when police beat peaceful marchers in 1965.