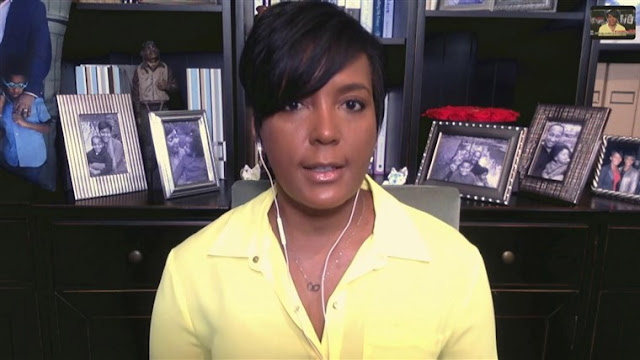 Atlanta Mayor Keisha Lance Bottoms (D) is among the women under consideration to be former Vice President Biden's running mate, according to a new report.

Bottoms has garnered national attention amid the coronavirus pandemic, notably criticizing Georgia Gov. Brian Kemp (R) for being one of the first states to reopen.

She has also been a vocal voice amid the protests over the police killing of George Floyd. Bottoms criticized President Trump's response to his death on CNN on Sunday, saying she was "simply disgusted" with Trump for invoking Floyd's name while discussing economic gains after a better-than-expected employment report on Friday.

Posted by Councilman George L. Cook III at 7:12 AM