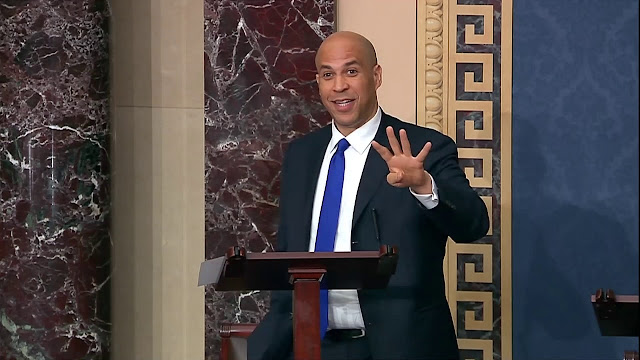 U.S. Senator Cory Booker (D-NJ) issued the below statement after the GOP forced a vote, which ultimately failed, on the inadequate, deeply flawed Justice Act:

“We will not meet this moment with half-measures and half-steps that don’t meaningfully fix our broken policing system. The Justice Act is woefully inadequate, deeply flawed, and painfully weak, but don’t take my word for it – take the word of the more than 130 civil rights and faith-based organizations that have condemned the bill for not creating the type of accountability and transparency that is truly needed to end police brutality and change the culture of law enforcement in this country.

“The question is simple: who do you trust more on police reform in America – the NAACP or Mitch McConnell?

“Americans in all 50 states are not chanting in the streets, ‘Give us a commission, we want more data!’ They’re chanting for real accountability, meaningful transparency, and an end to dangerous and excessive policing practices. The JUSTICE Act falls far short of the change the American people are demanding, and what our country so desperately needs in this moment.”

Booker is the co-author of the Justice in Policing Act, introduced with Senator Kamala Harris in the Senate in early June. The groundbreaking legislation, which has the support of 37 Senators and more than 220 members of the House of Representatives, would address police brutality and change the culture of law enforcement departments by holding police accountable in court for egregious misconduct, increasing transparency through better data collection, and improving police practices and training.

Posted by Councilman George L. Cook III at 10:52 AM