Vince Carter retires from the NBA 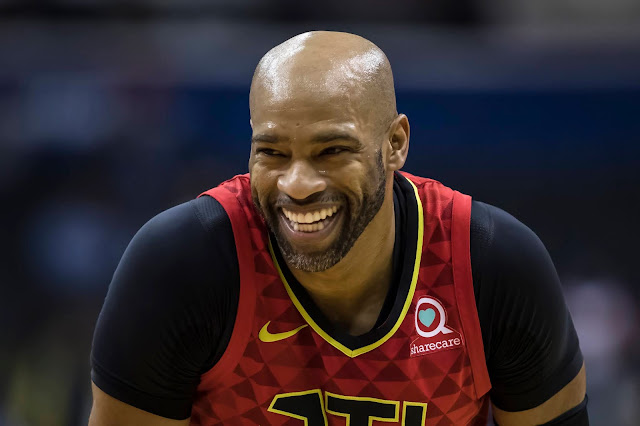 After 22 seasons in the NBA, Vince Carter is hanging up his sneakerss and calling it a career.

The 43-year-old on Thursday announced that he is "officially done playing basketball professionally" on his podcast "Winging It With Vince Carter."

"If there was any disappointment because of the season -- any of that -- it was kind of easier to put it aside and handle it that way," Carter said on his podcast. "It's like, OK, it's something bigger than my career. "So, I was able to put the weird ending, the abrupt stoppage of play, to an ending aside for the bigger picture."

Carter began his career in 1998 with the Toronto Raptors, where he won Rookie of the Year in his first season. He would go on to make eight All-Star teams.

The high-flying guard was known for his acrobatic dunks, and he is widely considered one of the all-time great dunkers. He won the dunk contest in 2000 in one of the greatest showcases in league history. Across his 22-season career, he played for the Toronto Raptors, New Jersey Nets, Orlando Magic, Phoenix Suns, Dallas Mavericks, Memphis Grizzlies, Sacramento Kings and the Atlanta Hawks.