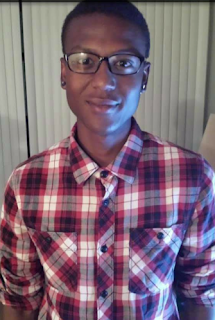 Prosecutors opted not to charge the three Aurora officers involved in the incident, which culminated with McClain being placed in a chokehold, then given a sedative by medical personnel, after he refused to stop for police responding to a report of a suspicious person walking down the street.

The governor’s office said that if the facts support prosecution, Weiser would also criminally charge any individuals whose actions caused McClain’s death.

“I was moved by speaking with Elijah’s mother and her description of her son as a responsible and curious child who became a vegetarian to be healthier, and who could inspire the darkest soul,” Polis said in a statement. “His friends describe him as a gentle peacemaker who worked as a massage therapist and enjoyed playing the violin. Elijah McClain should be alive today, and we owe it to his family to take this step and elevate the pursuit of justice in his name to a statewide concern.”

Renewed attention on McClain’s death — through national press coverage and social media activism — comes amid a nationwide reckoning with police brutality against Black communities and racial inequities following the death last month of George Floyd at the hands of Minneapolis police.

“Whenever someone dies after an encounter with law enforcement, the community deserves a thorough investigation,” Weiser said in a statement. “Our investigation will be thorough, guided by the facts, and worthy of public trust and confidence in the criminal justice system.

The statement from the Colorado Attorney General’s Office ended by saying there would be no further comment on the case until findings are announced, citing a need to remain impartial.