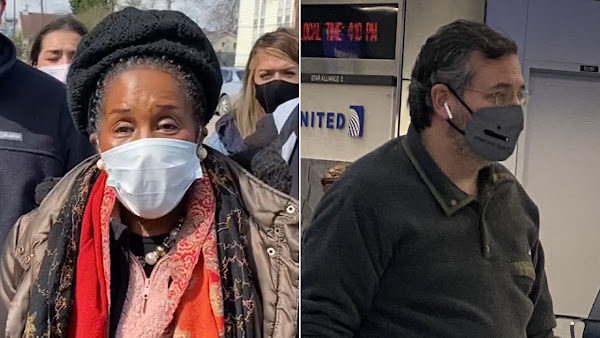 Rep. Sheila Jackson Lee (D-TX 18th District) had a thoughtful and reassuring reponse for Texas reisdents when asked by a local television reporter about Senator Ted Cruz's ill timed trip to Cancun during an extreme weather emergency in Texas that has killed dozens. Watch her response below:

"I'm present and accounted for," said Congresswoman @JacksonLeeTX18 when asked about #TedCruz & his trip to Mexico. "I do think in time of crisis the place & the only place I want to be is with the people I represent." She is in Houston at a water distribution site. #abc13 pic.twitter.com/AGQuZCB8fu