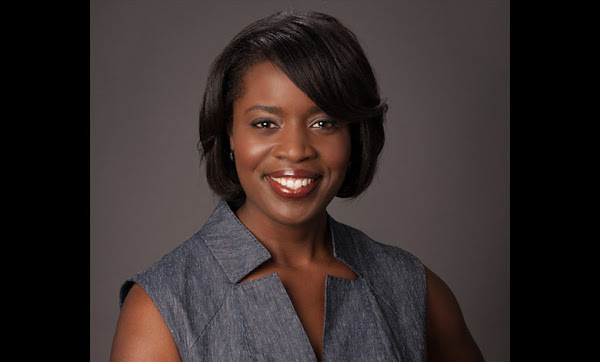 Accomplished ESPN executive Rosetta Ellis-Pilie has been named ESPN Vice President, Talent Development and Negotiations, effective May 1, it was announced today by Norby Williamson, ESPN Executive Vice President, Production and Executive Editor. In that role, Ellis-Pilie will lead the day-to-day efforts of ESPN’s Talent Office, which is responsible for hiring, developing and guiding ESPN’s commentator team, negotiating contracts, and collaborating with many ESPN departments and external contacts on all matters related to commentator roles and responsibilities. She will report to Williamson.

Ellis-Pilie, who joined ESPN in 2011, has worked in its Legal Department for nearly a decade, most recently as ESPN’s Vice President and Assistant Chief Counsel. As part of that wide-ranging role, she has been instrumental in developing, negotiating and finalizing hundreds of agreements related to ESPN’s rights, content, and on-air commentators. Recent examples include her direct involvement in ESPN’s groundbreaking agreement with UFC, Stephen A Smith’s contract extension, and legal management of the multi-faceted sports and entertainment elements of the ESPYS and ESPN Radio.

“Rosetta is well respected at ESPN and throughout our industry,” Williamson said. “She brings relevant experience, strong leadership traits and a fresh perspective to this pivotal role. ESPN has the most skilled, diverse talent team, and Rosetta will undoubtedly drive continued success through a focus on fostering growth and hiring the best people.”

Ellis-Pilie, who is currently on maternity leave until her scheduled May 1 return, added, “This is an exceptional opportunity, particularly given its importance to ESPN’s connection with sports fans and our overall business. I am truly excited to continue to interact with colleagues across the company as well as outside contacts, many of whom I have worked closely with on projects over the past decade. Our talent lineup is the forward-facing cornerstone of ESPN and I look forward to joining forces with them directly when I start this exciting new chapter in May.”

Prior to assuming her Assistant Chief Counsel role, Ellis-Pilie had served as Assistant Counsel, Associate Principal Counsel and Principal Counsel at ESPN. Overall, her ESPN work has included: providing legal guidance on labor and employment matters related to ESPN’s dozens of business entities; drafting and negotiating numerous on-air and behind-the-scenes personnel agreements; negotiating major rights deals including with UFC and Top Rank Boxing, managing the legal elements for the ESPYS such as celebrity hosts, musical performances, venue, sponsors and footage rights; and overseeing legal aspects for ESPN Radio and its hundreds of affiliates.

Ellis-Pilie served in the United States Army and is a veteran of Operation Desert Storm. She has received numerous awards for excellence and her stationed sites included Germany, Saudi Arabia, Iraq and Kuwait. She participated in The Walt Disney Company’s “Heroes Work Here” campaign, which helps hire, train and support military veterans entering the civilian workforce. She was featured in the program’s national ad campaign, moderated a related panel, and appeared on The View during its Salute to Military episode.

Ellis-Pilie has also represented ESPN and The Walt Disney Company on various industry initiatives and panels, including Disney Lawyers of Color Career Information panel, Georgetown Law School Sports, Entertainment and Media Law symposium’s “Representation of Content Creators” panel, and served as a final round judge for the Robert F. Wagner National Labor and Employment Law Moot Court Competition. Among her honors, Ellis-Pilie was recognized in 2016 by Savoy Magazine as one of the Top 100 Influential Women in Corporate America.

Before joining ESPN, Ellis-Pilie led the domestic and international labor and employment law practice for Sun Chemical Corporation and was a Labor and Employment Associate at McDermott, Will & Emery and at Proskauer Rose LLP.

A graduate of Seton Hall University with a B.A. in Criminal Justice and a minor in Business Administration, the New Jersey-native earned her Juris Doctor from the University of Virginia School of Law. While there, she served as a member of the Virginia Law Review, the Virginia Journal of Social Policy & Law, and on the inaugural Managing Board of the Virginia Sports and Entertainment Law Journal.