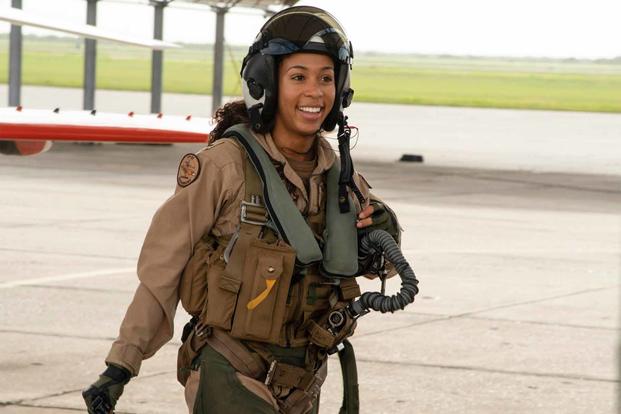 The milestone makes Swegle, a Naval Academy graduate, the first known Black woman who has been certified for the TACAIR mission, and she could go on to fly fighters such as the F/A-18E/F Super Hornet, EA-18G Growler or F-35C Joint Strike Fighter.

The Chief of Naval Air Training (CNATRA) congratulated Swegle on her achievement via Twitter.

"Swegle is the @USNavy's first known Black female TACAIR pilot and will receive her Wings of Gold later this month. HOOYAH!" the post states.