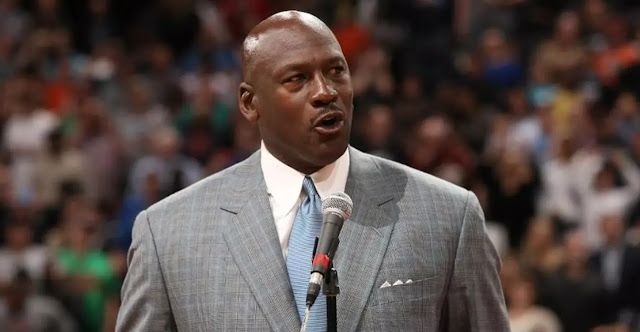 On June 5, Michael Jordan and Jordan Brand committed to donate $100 million over 10 years to directly impact the fight against systemic racism. These donations will focus on three priority areas:

Social Justice: Seeking to increase civic engagement from the Black community to address issues that disproportionately affect them, such as voter suppression and criminal justice reform.

Economic Justice: Working to eliminate the wealth gap through partnerships that create access to capital, improve the quality and delivery of financial literacy and education programs and build generational wealth in Black communities.

Education and Awareness: Creating greater awareness of the role race plays in our history and drive a deeper understanding of the effects and consequences of racism. As part of bringing this commitment to life, Michael Jordan and Jordan Brand today announced three initial partners that will receive donations to support their efforts to combat Black voter suppression.

“I’m all in with Jordan Brand, the Jordan family and our partners, who share a commitment to address the historical inequality that continues to plague Black communities in the U.S.,” says Michael Jordan. “There is a long history of oppression against Black Americans that holds us back from full participation in American society. We understand that one of the main ways we can change systemic racism is at the polls. We know it will take time for us to create the change we want to see, but we are working quickly to take action for the Black community’s voice to be heard.”

Partners were selected based on their ability to take action that can create impact now. Donations of $1 million each to the NAACP Legal Defense and Educational Fund, Inc. (LDF) and the Formerly Incarcerated & Convicted People and Families Movement (FICPFM), and $500,000 to Black Voters Matter to support reformative practices that drive real change in the Black community.

“The $100 million commitment was just the start. We are moving from commitment to action. Our initial partners can directly impact the social and political well-being of the Black community,” says Craig Williams, President of Jordan Brand. “We will have a disciplined focus on social justice, economic justice and education, as the most effective ways for us to eliminate the systemic racism that remains in society.”

The work of these partners will focus on cities and states where Black people are underrepresented in registration and turnout numbers, relative to their share of the overall population.