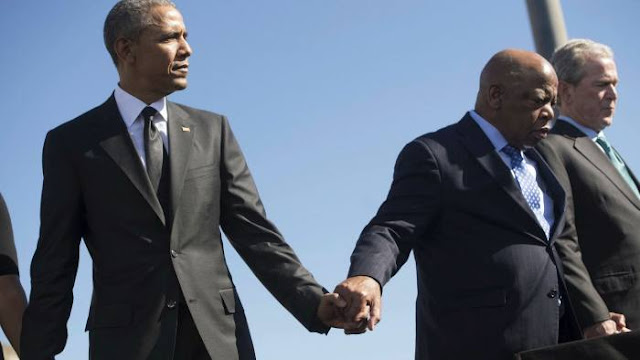 Former President Barack Obama will give the eulogy at US Rep. John Lewis' funeral on Thursday and former Presidents Bill Clinton and George W. Bush will attend the service, according to sources familiar with the former presidents' plans.

The sources added that Clinton and Bush will also participate in the funeral for the late civil rights icon, which will be held Thursday morning at Ebenezer Baptist Church in Atlanta. The service marks the last day of a six-day memorial ceremony honoring Lewis.

Obama said in a statement following Lewis' death that the civil rights icon will "continue, even in his passing, to serve as a beacon" in America's journey towards a more perfect union. "He loved this country so much that he risked his life and his blood so that it might live up to its promise. And through the decades, he not only gave all of himself to the cause of freedom and justice, but inspired generations that followed to try to live up to his example," Obama said.