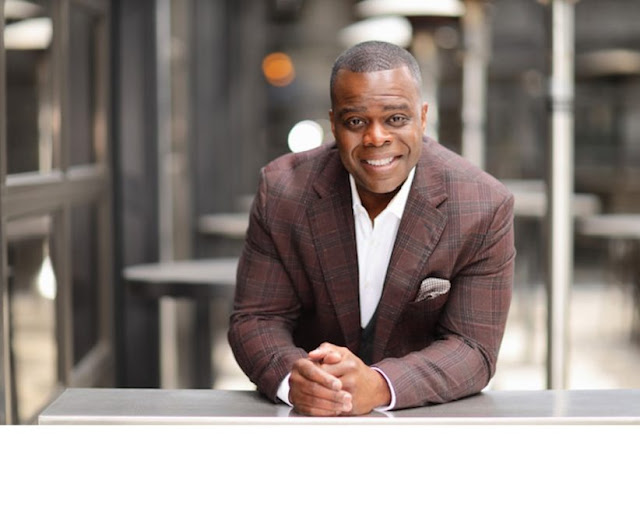 Tallahassee, Florida -July 13, 2020 – Princell Hair joins The Black News Channel (BNC) as President and Chief Executive Officer (CEO) of the nation’s first and only 24-hour news network culturally specific to the diverse views of the Black community, it was announced today by Chairman and interim CEO, J.C. Watts. With the announcement of a new CEO, Watts will return to his role as Chairman. Hair’s appointment is effective immediately.
Hair brings a unique background in diverse platforms including general management, experience leading a national news network, a regional sports business and several local television news departments. He has reimagined programming lineups in his career discovering new, engaging talent, enhancing linear audience reach and vastly growing digital user engagement.
Hair grew up in South Florida and started his career there in local news and rose to Vice President of News for the CBS Television Stations group, before becoming the first and only African-American to lead CNN-US as Executive Vice President and General Manager, achieving major ratings growth during key news events including the Democratic and Republican National Conventions plus CNN’s Election Night in America 2004. He joined Comcast in 2008 supervising news operations and talent for the Comcast regional sports networks. In 2012, Hair was named Senior Vice President of News and Talent for the NBC Sports Group. He was promoted in 2016 to Senior Vice President and General Manager of NBC Sports Boston, leading the regional sports network to audience growth across all platforms as well as generating several of the network’s most profitable years in its history.
“Princell’s experience as a news and sports executive is unmatched for its breadth and success. As a programmer he will bring energy and fresh thinking to the Black News Channel,” said BNC Chairman, J.C. Watts. “We are delighted to welcome him and excited to see him build on the foundation we have laid with the launch of the Black News Channel.”
“I am grateful to Chairman Watts and the Board of Directors for this opportunity,” said Hair. “I’m thrilled to return to daily newsgathering and compelling storytelling at the only 24-hourcable news channel aimed specifically at African Americans and other people of color, as the world responds to a pandemic, systemic racism and an economic crisis, all of which disproportionately impact the Black audience. I’m equally excited to join and support the talented team of journalists and staff across BNC’s platforms as the high stakes 2020 Presidential Race enters the red zone.”
Hair received his Master’s degree in Business Administration from the Goizueta Business School at Emory University, and a Bachelor of Science degree in Broadcast Journalism from Florida International University in Miami, Florida. He is a member of National Association of Black Journalists (NABJ) and the National Black MBA Association (NBMBAA).