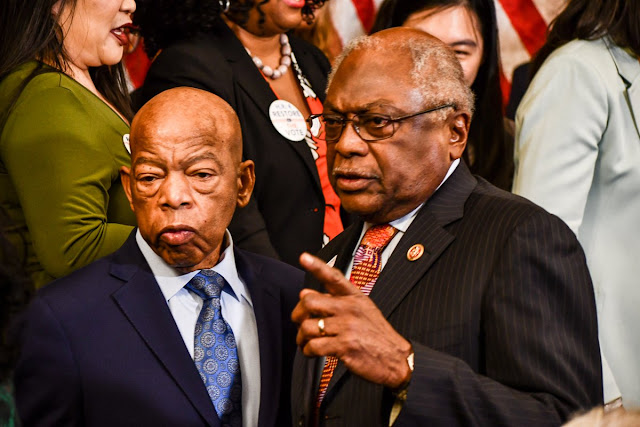 House Majority Whip Jim Clyburn will offer legislation Monday to rename a House-passed voting rights bill after the late Rep. John Lewis, who was brutalized in the 1960s during efforts to secure voting rights for African Americans.

Clyburn, a Democrat who represents South Carolina, said last week that the best way to honor Lewis' life is for the Senate to consider the measure.

"I think that Trump and the Senate leadership, Mitch McConnell, by their deeds if they so celebrate the heroism of this man, then let's go to work and pass that bill because it's laid out the way the Supreme Court asked us to lay it out," he told CNN's Jake Tapper on "State of The Union."

"And if the President were to sign that, then I think that's what we would do to honor John. It should be the John R. Lewis Voting Rights Act of 2020. That's the way to do it. Words may be powerful, but deeds are lasting," he said.