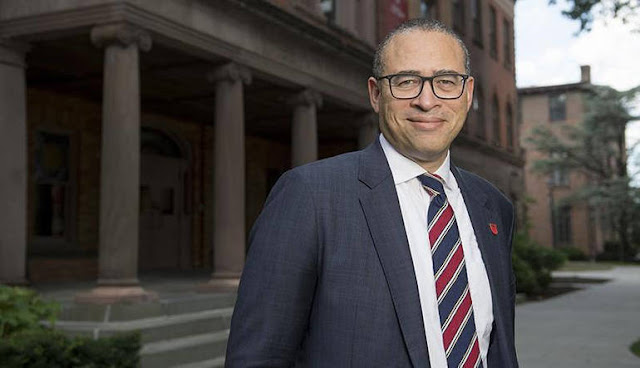 Jonathan Holloway, who last week became the first Black president in Rutgers University’s 254 year history, said he has no plans to change the school’s name, which honors a man who owned slaves.

But he did use his first press conference, which took place indoors on the school’s New Brunswick campus Monday, to say he hopes to increase diversity among faculty and have conversations about race and inclusion on campus as the nation grapples with racism and police brutality.

“We are not going to change the name of the university,” Holloway said, after speaking about plans keep the school mostly remote this fall as the coronavirus outbreak continues. “That does not mean I’m opposed to having a conversation about it.

Rutgers, founded as Queen’s College in 1766, has three halls named for former presidents who were slave owners and anti-abolitionists. And the university’s namesake, Revolutionary War hero and philanthropist from New York City, Henry Rutgers, owned slaves, too.

Holloway said many of the initial attempts to diversify Rutgers will likely include back office changes, particularly with most students staying off campus this fall. He said he hopes to have conversations with students about the campus’s past, but does not see the name as one that determines the school’s legacy.

“The reason we’re not going to change the name is that names have value that exceed someone’s existence,” Holloway said.

“If I were to walk around feeing bludgeoned by every name I see, I couldn’t get out of bed.”