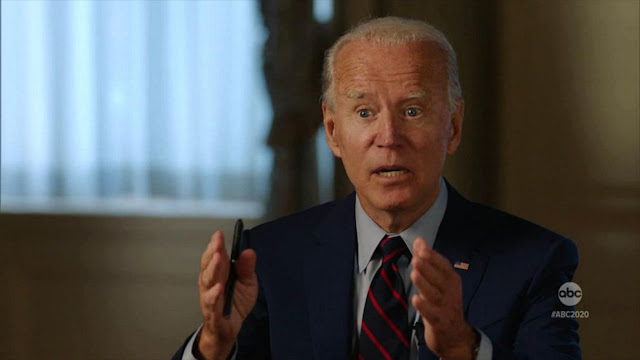 During his first sit-down interview since officially becoming the Democratic presidential nominee, Joe Biden addressed a controversial comment he made in the spring regarding the Black community.

The former vice president came under fire in May when he told “Breakfast Club” radio host Charlamagne tha God that African American voters aren’t Black if they support President Donald Trump over him in November.

Sunday, ABC’s Robin Roberts asked Biden and his running mate, Kamala Harris, about the comments made in May.

“I shouldn’t have said that,” Biden said. “But I was trying to make the point that this is a man who spent his entire career denigrating African Americans.”

Biden went on to argue that he would be a much better ally to the Black community than Trump.

“The truth is there’s a fundamental difference between Donald Trump and me on the issue of race across the board,” Biden said. “I’m not going to try and divide people. It’s all about bringing people together.”

Biden has relied heavily on the African American vote to secure his party’s nomination, which he officially accepted during last week’s virtual convention.

“I wouldn't be here without the African American community,” Biden added when speaking about his support within the Black community in his home state of Delaware.