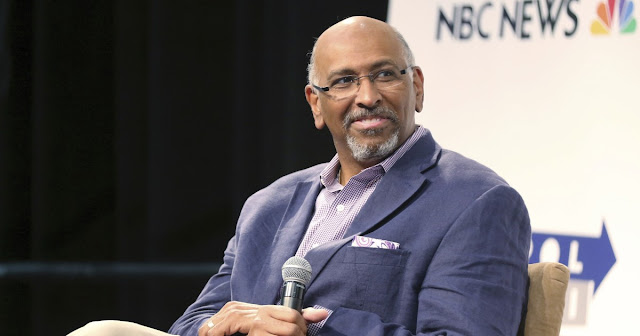 WASHINGTON, DC US, August 24, 2020 - Today, The Lincoln Project announced, former RNC Chairman Michael Steele has joined its ranks as a Senior Advisor.
“The chair behind the Resolute Desk has always been bigger than any political party,” said Steele. “Sadly, we have witnessed its occupant devolve into preying upon fears and resentments with narcissism that nurtures only chaos and confusion. Leadership is needed now more than ever and I am proudly committed to resetting the course of our nation, standing once again for the future of my Party; and working with The Lincoln Project to help restore the purpose for sitting in that chair. I believe, like the majority of patriots, the office of the Presidency embodies who we are as Americans,” Steele continued. “It represents the heart of our compassion, the dreams of those who built this country both freed and enslaved, the eyes of those today that see both hope and despair, and the wisdom of each of us to make a meaningful difference.” ‘Michael Steele is a singularly insightful and effective political leader,” said Rick Wilson, co-founder of The Lincoln Project. “Many principled Republicans have rejected Trump and Trumpism, but few with such a remarkable track record of electoral success; Michael is the man largely responsible for engineering the Republican victories of 2010, and ushering the party into the digital age. It is our privilege to have him join The Lincoln Project as a Senior Advisor.”
Lincoln Project co-founder, Mike Madrid stated, “diverse voices are central to The Lincoln Project movement. There is no future for Conservatism if we do not elevate them. Michael Steele has been doing that his entire life and we’re excited to have him doing it with The Lincoln Project.”
Steele made history as the first African-American to be elected to statewide office in Maryland, where he served as Lieutenant Governor from 2003 to 2007, and as the first African-American Chairman of the Republican National Committee (RNC) from 2009 to 2011. During his tenure as RNC Chair, the party experienced enormous electoral success by winning 63 House seats to regain control, six Senate seats, seven governorships and the greatest share of state legislative victories since 1928. Steele has continued his work as a political strategist, a nationally recognized author and media personality.