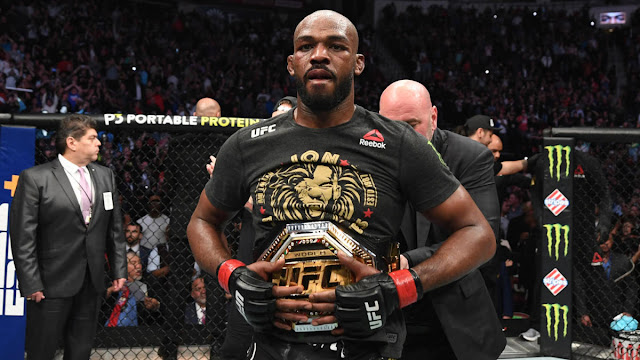 Jon Jones announced Monday on Twitter that he has vacated the UFC light heavyweight title and believes that there will be negotiations for a heavyweight bout.

Read his Tweets below:

Just got off the phone with @Ufc, today I confirm that I’m vacating the light heavyweight championship. It’s officially up for grabs. It’s been an amazing journey, sincere thank you to all my competition, Ufc and most importantly you fans.

Just had a really positive conversation with @Ufc. Sounds like there will be negotiations for my next fight at heavy weight. All good news, the weight gaining process begins.