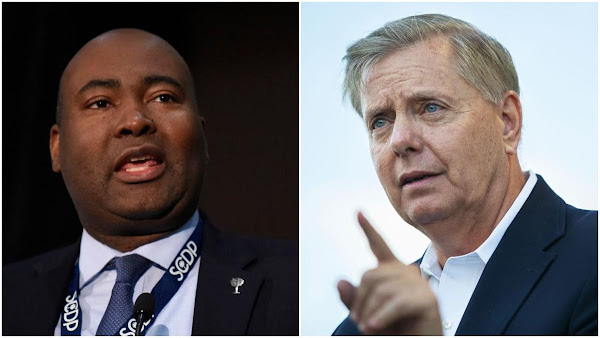 Jaime Harrison, Lindsey Graham's Democratic challenger in the South Carolina senate race called out Graham for his hypocrisy when it comes to the process of picking a new supreme court justice in an election year.

If there’s a Supreme Court opening in the “last year of President Trump’s term, and the primary process has started, we’ll wait ’til the next election” to confirm a new justice, Graham swore in a 2018 Atlantic interview.

If he ever contradicted that vow, “I want you to use my words against me,” Graham challenged the media and the public.

But on Saturday, after Justice Ruth Bader Ginsburg's death, Graham tweeted, "I will support President @realDonaldTrump in any effort to move forward regarding the recent vacancy created by the passing of Justice Ginsburg."

Jaime Harrison took to Twitter to respond to Graham's hypocrisy.

My grandpa always said that a man is only as good as his word. Senator Graham, you have proven your word is worthless.

When people show you who they are, believe them.

Lindsey Graham has shown us that he's running for political power. I'm running to represent the people of South Carolina.