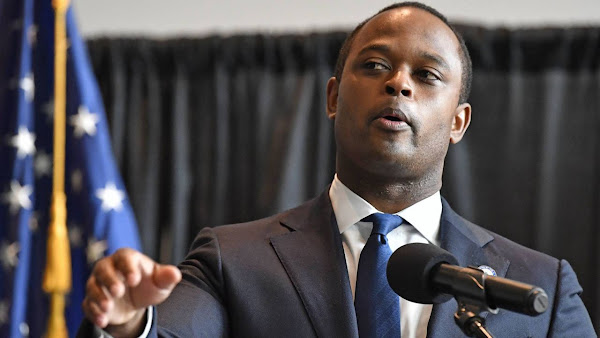 Three grand jurors in the Breonna Taylor case filed a petition with the state House of Representatives on Friday, objecting to the conduct of Attorney General Daniel Cameron and calling for his impeachment.

A press release indicated the attorney for three of the grand jurors in the Taylor case signed onto the petition on their behalf in order to protect their identities.

The petition alleges Cameron breached public trust and failed to comply with his duties by misrepresenting the findings of the grand jury in the Taylor case.

“The Grand Jurors did not choose this battle,” stated Kevin Glogower, the attorney for the three grand jurors. “This battle chose them."

"These are randomly selected citizens who were compelled to sit on a grand jury and were terribly misused by the most powerful law enforcement official in Kentucky. It is truly a testament to the Kentucky Constitution that they are able to be here today and to expose injustice and demand public accountability.”

House Speaker David Osborne confirmed lawmakers had "received notice of another petition for impeachment," but said in a statement he would "reserve further comment until our attorneys review it and the committee on committees has an opportunity to act."

The Committee on Committees will determine what committee will consider the petition. Rep. Jason Nemes, R-Louisville, who chairs the impeachment committee, said Friday he assumed his committee would get it once it's officially filed, which cannot happen until legislators return to Frankfort on Feb. 2.