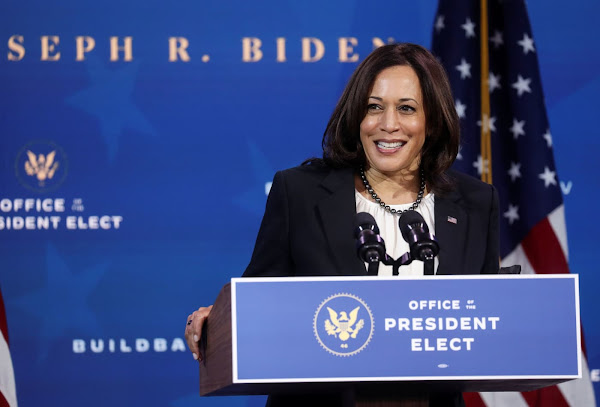 The resiliency, culture and heroism of Black Americans and the African diaspora will be the central theme of a virtual event, We Are One on Tuesday (1/18/2021) at 8 PM Eastern Time to celebrate the nation's diversity on the eve of President-elect Joe Biden’s inauguration.

Vice-President-elect Kamala Harris is slated to speak at the event, “We Are One,” which will also honor the historic nature of her being the first Black woman to become vice-president of the United States.

You will be able to watch We Are One online here: https://bideninaugural.org/watch/

The event will also air on Urban One, Revolt TV and NBC Peacock TV’s, The Choice.

Labels: inaugartion, Kamala Harris, We Are One, We Are One inauguration