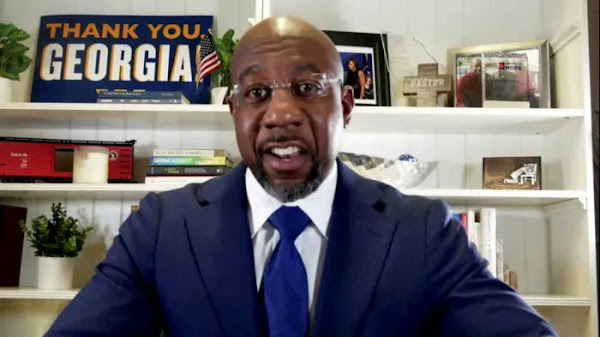 Rev. Raphael Warnock will make history when he becomes Georgia's first Black senator and the first Black Democrat to represent a southern state in the Senate.

Once sworn in, Warnock will be the 11th African American to serve in the US Senate -- a group that includes former President Barack Obama, who served as a US senator from Illinois, and Vice President-elect Kamala Harris, who is a US senator from California.

>b>Vote totals with 98% of precincts reporting

Posted by Councilman George L. Cook III at 7:44 AM