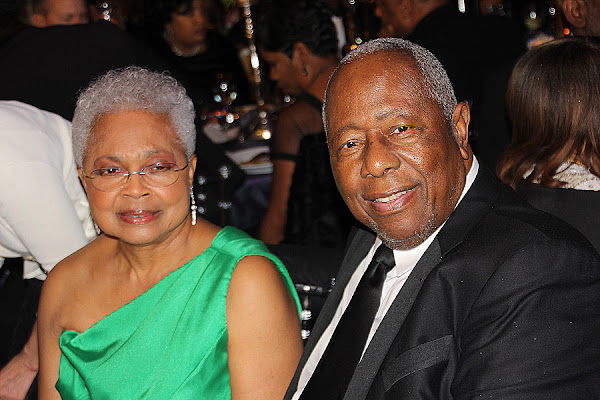 Today, UNCF (United Negro College Fund) mourns the passing of a great human, husband, father and quiet activist, who made tremendous accomplishments both on the field of baseball and in the game of life. Hank Aaron passed away at home surrounded by his family and beloved wife, Billye, UNCF’s former vice president of the Southern region.

Together, the Aarons graciously and consistently used their star power, wealth and gifts bestowed upon them to lift others to greatness through the work of UNCF, donating time, treasure and impact to help sway the public and press, drawing attention and support to our cause. We thank them for that from the bottom of our collective heart.

Over the years, the Aarons’ support has been substantial. Hank appeared in UNCF public service announcements. Together, they appeared on the nationally televised UNCF An Evening of Stars®. They donated millions of dollars to UNCF and to our member historically Black colleges and universities. They set up and funded a scholarship. They introduced UNCF team members to other interested business partners and supporters. The Aarons moved mountains and made a difference—all to help others that needed them.

“Hank and Billye Aaron’s sincere belief in our motto, “A mind is a terrible thing to waste”®, led them to co-found with former Atlanta Mayor Andrew Young the first-ever Atlanta Mayor’s Masked Ball,” said Maurice Jenkins, UNCF Executive Vice President and Chief Development Officer. “The Mayor’s Masked Ball has become an annual fundraising tradition in Atlanta for more than 30 years, drawing ever-larger crowds each year and breaking the million-dollar mark several years in a row. The Mayor’s Masked Ball has now been franchised across the United States to several other cities to help UNCF raise money in other locations because of its model of success—all thanks to the passion and ingenuity of Hank and Billye Aaron.”

Just two weeks ago, Hank was still doing his part to help better the lives of others by getting his COVID vaccine publicly at the UNCF-supported Morehouse College of Medicine, doing his best to let the Black community know how important it is that education and science lead in overcoming the current pandemic.

In his passing today, Hank Aaron has made a mark that counts not only in the sports world, but also in American education and American life in general—by opening doors of opportunity that would have otherwise remained closed. Hank’s philanthropy mattered, making a difference for untold thousands of students of color. He will be missed.