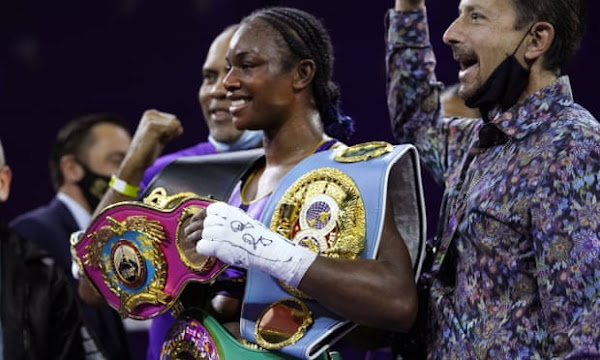 Her unanimous points victory over Marie-Eve Dicaire meant that she became the first fighter - male or female - to be undisputed champion in two divisions in the four-belt era.The fight was held in Shield's hometown of Flint, Michigan. The fight was also the headline act of the first ever all-women pay-per-view boxing card.

She had already won all four belts at middleweight.

After the fight Shields called out Britain's Savannah Marshall, the WBO middleweight champion and the only women to beat her as an amateur.

Posted by Councilman George L. Cook III at 8:09 AM