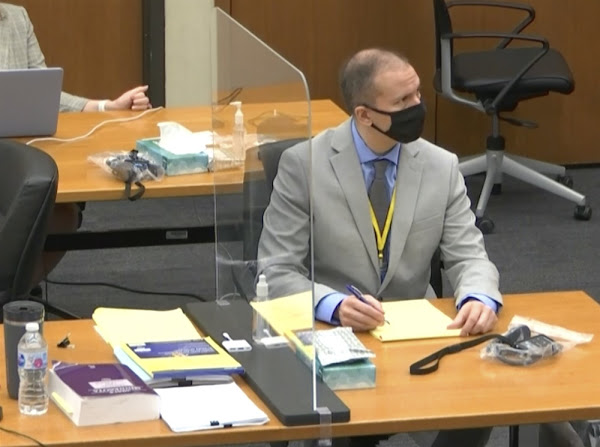 Cahill dismissed the charge last fall because he believed that the circumstances of Chauvin's case did not fit, but an appellate ruling in an unrelated case provided new grounds for it days before the trial started and ordered him to reconsider.

An appeals court ruled Friday said Cahill erred when he rejected a prosecution motion to reinstate the third-degree murder charge against Chauvin in October. A three-judge panel said Cahill should have followed the precedent set by the appeals court last month when it affirmed the third-degree murder conviction of former officer Mohamed Noor in the 2017 shooting death of Justine Ruszczyk Damond, an Australian woman had called 911 to report a possible sexual assault happening.

In a statement Wednesday, Minnesota Attorney General, Keith Ellison, whose office is prosecuting Chauvin, said: "We believe the charge of 3rd-degree murder is fair and appropriate. We look forward to putting it before the jury, along with charges of 2nd-degree unintentional murder and 2nd-degree manslaughter."

Posted by Councilman George L. Cook III at 9:43 AM