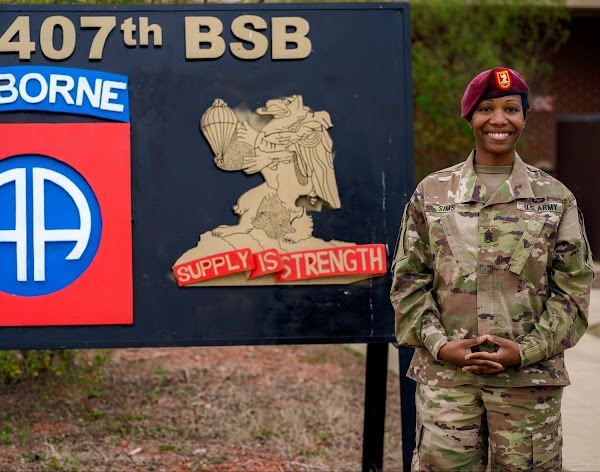 Sims is the first African American woman soldier to serve as the brigade command sergeant major within the division.

The command sergeant major is the senior noncommissioned officer in a unit who advises the commander on all issues related to the enlisted ranks. Commanders employ their command sergeants major throughout an area of operations to extend command influence, assess morale of the force, and assist during critical events.

She now oversees more than 1,700 paratroopers.