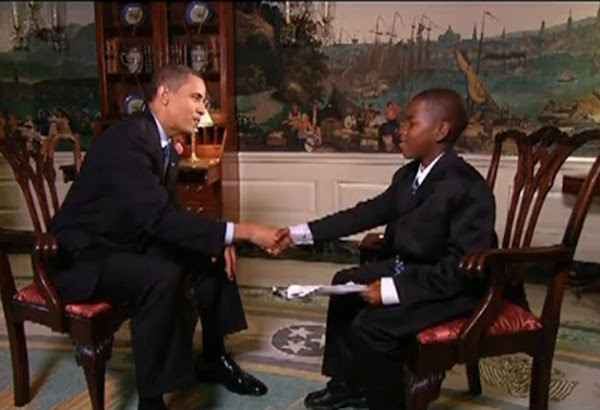 As an intrepid student reporter whose dreams carried him all the way to an interview in the White House with President Barack Obama, Damon Weaver found himself in the national spotlight at a young age.

Weaver, who in 2009 became the youngest person to conduct an interview with a sitting president, died May 1 at age 23, his sister, Candace Hardy, confirmed Thursday. She said his death was due to natural causes.

Weaver was just an 11 year old student when he met with President Obama for about 10 minutes in the White House Diplomatic Room on Aug. 13, 2009, asking 12 questions that focused primarily on education and schools.

Weaver, who most recently lived in West Palm Beach, graduated from Royal Palm Beach High School, earning a scholarship to Albany State University in Georgia. He was pursuing a degree in communications and planned to return to the university in the fall, Hardy said. He wanted to pursue a career in sports journalism covering the National Football League, she said.

"A lot of people looked up to him," Hardy said. "With him being so young, he made a way for more students to engage in journalism."

"He was loved by everyone," she said. "No matter if it was a stranger, his mom or a family member, he was just a ball of light with so much energy. He was always positive, always had a smile on a face and he was always a joy to be around. He left an impact on a lot of people."

Watch Weaver's interview with President Obama below:
Posted by Councilman George L. Cook III at 7:55 AM