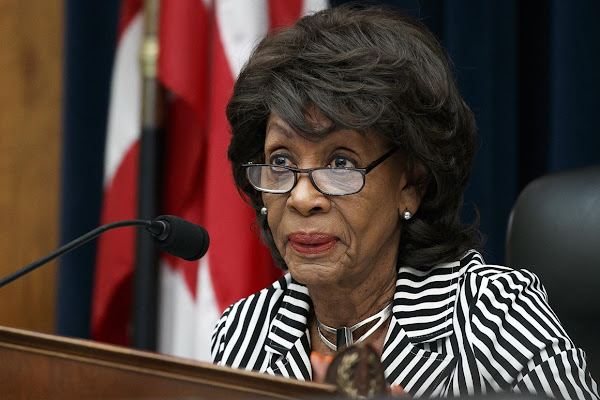 Congresswoman Maxine Waters (D-CA), Chairwoman of the House Committee on Financial Services, issued a statement slamming Fox News for its willingness to report absolute lies and falsehoods. Rep. Waters also announced she is considering a lawsuit.

“Fox News is an organization that charades as a news outlet while manufacturing lies, claiming them as truths, and using their platform that reaches millions of Americans as a vessel to spread misinformation. It is no surprise that the targets of Fox’s misinformation campaigns include women of color like me, other people of color, and anyone who dares to speak the truth.

“In a recent article by Fox News, reporters William La Jeunesse and Lee Ross cited sources that falsely claimed I was accompanied by two armed Capitol Police and two U.S. Secret Service agents on an April 17 flight, that I requested a total of four U.S. Air Marshals, and used government resources for my travels. Variations of this article and false claim were then published by the New York Post and the Daily Mail.

“Each and every one of these claims is an absolute lie. Let it be made clear that I have never requested or utilized any Capitol Police, Secret Service, or U.S. Air Marshal presence on that flight or any of my flights.

“The United States Capitol Police quickly refuted and debunked the claims reported by Fox News in a statement that read as follows: ‘The USCP did not have any officers or agents on the plane with Rep. Waters.’

“Following my trip to Minnesota, I became aware that documents outlining a security threat assessment that included my flight number and other travel information was leaked to TownHall, a right-wing media outlet. It was then subsequently shared by Fox News, the New York Post, the Post Millennial, and other outlets where it was falsely claimed that the document indicated I had requested police protection during my trip. Again, this is an absolute lie.

“The United States Capitol Police has informed my staff that they are continuing to investigate the source of the leak. This leak of my travel information and operational and threat assessment information is deeply disturbing and puts my life at risk.

“Because of the way that right wing media outlets have rushed to spread lies about me, it should be no surprise that as an outspoken Black woman with an important role in Congress as Chair of the House Committee on Financial Services, death threats against me have continued.

“A recent death threat that was left on a voicemail message to my office shows the direct link between Fox’s lies and the threats to my life. These are the disturbing words that the caller used:

‘You stupid fucking nigger. How much more do you want to tear this country apart with your racist bullshit?... Your ass is on the fucking line. You may not know it, you may think your security detail is good enough to keep you safe, but I’m calling you from Louisiana and I know you are not safe and your life is on the line bitch. I don’t care if the Secret Service shows up at my door – you deserve to be hung by a rope for treason… And I swear to god, bitch, if I have to come to California to eliminate your fucking ass…And I swear to god, I pray for your death every day just like you prayed for the fucking conviction of an officer who is not guilty. So, go fuck yourself and go shove your face into some dough, in the kitchen, and make some gorilla cookies, bitch… Fuck you Maxine Waters…’

“This is yet another clear example of just how dangerous lies and distortions can be.

“Once again, this is a made-up story by Fox News, which is not only irresponsible, but now openly creating danger for me. My office is now getting even more calls from haters who are threatening my life due to this type of reporting. As a result of Fox’s willingness to lie and deceive its audience, I am now considering a lawsuit against Fox News and demand an immediate retraction of the article.

“Lastly, I am Maxine Waters and my life is constantly threatened by racists, haters, and ill-informed people under the influence of the likes of Fox News. If in fact I lose my life because of these scurrilous attacks in the fight against injustice and racism, my life will not have been lost in vain.”