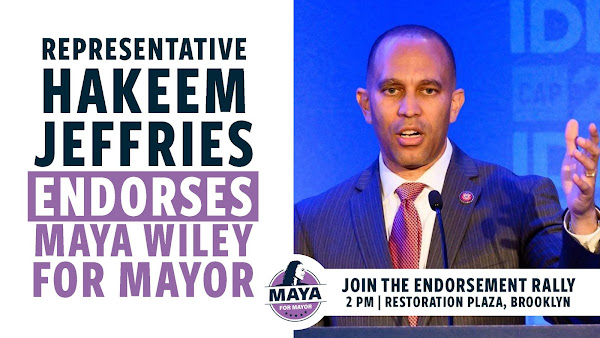 Jeffries, who is the chairman of the House Democratic Caucus, said that he endorsed Wiley because she is a “change candidate” running in a “change election.” Jeffries also cited Wiley's humble beginnings.

“Maya’s life experiences, if she can get out and tell that story, will be particularly compelling,” Jeffries said. “An African-American woman who lost her father at a very young age but rallied back from that adversity to follow in her father’s footsteps as a civil rights champion is a quintessential change candidate.”

Jeffries also reportedly added that he is drawn to Wiley's proposed policies including her promise to lead an equitable economic recovery coming out of the pandemic.