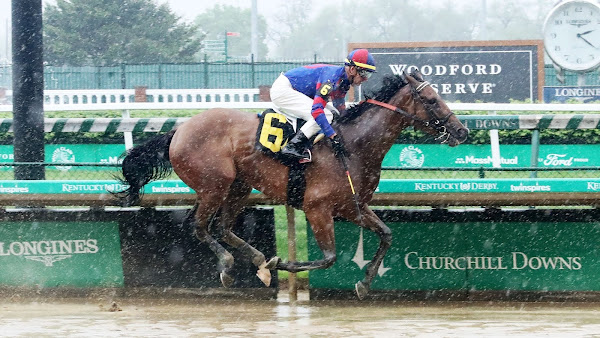 A horse named after Breonna Taylor and owned by the lawyer who represented her family against the Louisville Metro Police Department, won the fourth race Thursday at Churchill Downs during Kentucky Derby week.

Breonna, trained by Steve Margolis, rode to victory in the six-furlong race under jockey Corey Lanerie on a muddy track as rain pelted Louisville.

Breonna is owned by JS Stables, LLC, a thoroughbred horse racing operation owned and operated by lawyer Sam Aguiar and his wife, Janelle. The Aguiars weren't at the track Thursday for the race.

But Sam Aguiar said he watched the race in his office with his law partner Lonita Baker and Taylor's mother, Tamika Palmer.

The Aguiars own about 20 horses and told The Courier Journal they are donating the race's $10,000 purse to the Breonna Taylor Foundation, a nonprofit the Taylor family formed in 2020.

"My wife named the filly Breonna because she was beautiful, strong and resilient," Sam Aguiar said. "She's tough and has swagger. But to those closest to her, she's also loving and kind. That was Breonna Taylor as well."