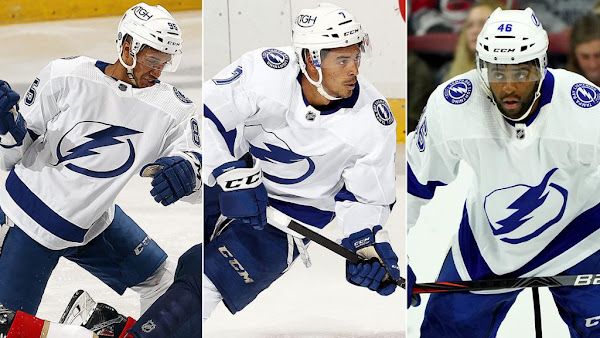 The Tampa Bay Lightning started three Black forwards in their regular-season finale against the Florida Panthers on Monday night, a rarity in NHL history. Daniel Walcott, Mathieu Joseph and Gemel Smith were out together for the opening face-off didn’t know that they would start together just minutes before the match time.

This is a special moment when you consider that only approximately 3% of NHL players are Black. The NHL and its teams have recently stepped up efforts to increase diversity within the sport through various feeder programs, some of which are funded by the league.

“First of all, they’re all in the NHL for a reason,” said Tampa Bay coach John Cooper. “They deserve to be here and have their tails shaved. They were a little better off to bring them all together. By advancing in the league, it’s no longer a story, it’s a standard. Hope it’s a cool moment for all those who were pretty."

“It was great, man,” said Joseph. “One step in the right direction. It was fun to make progress, it was great to see and it was nice to be able to participate …. The color players in this league want to show to their families and others. I’m in color. Thanks to the coaching staff for doing this. “

Walcott said young black kids interested in hockey want to see something like Monday night and find hope. He was informed by Cooper that he was likely to make his debut on Sunday night, but said he wasn’t told who his linemates were in the game.

“It’s been a while since the whirlwind of emotions,” Walcott said. “It was great to get into that starting lineup …. Corp did something really special here and advertised this for young children.”

Posted by Councilman George L. Cook III at 8:54 AM