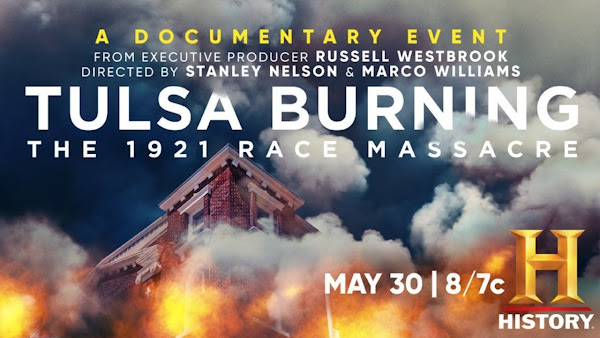 The HISTORY® Channel sets the premiere date for its new two-hour documentary “Tulsa Burning: The 1921 Race Massacre” on Sunday, May 30 at 8PM ET/PT. Executive produced by NBA super star and philanthropist Russell Westbrook, and directed by Peabody and Emmy-Award winning director Stanley Nelson (“Freedom Riders”) and Peabody and duPont-Award winner Marco Williams (“Two Towns of Jasper”), the documentary commemorates the 100th anniversary of the horrific Tulsa Race Massacre of 1921, one of the worst acts of racial violence in American history, and calls attention to the previously ignored but necessary repair of a town once devastated.

Posted by Councilman George L. Cook III at 8:37 AM