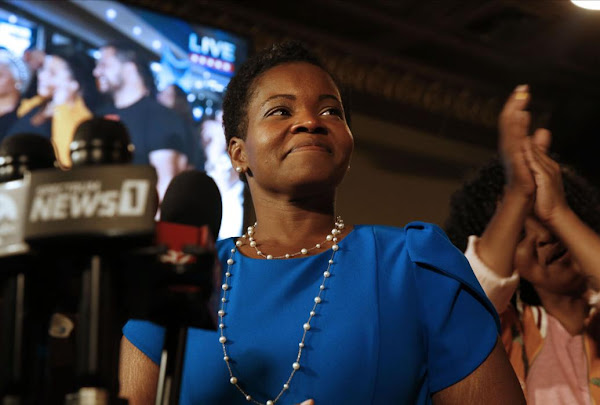 India Walton, a socialist community activist, has defeated the four-term mayor of Buffalo in a Democratic primary, putting her on track to become the first woman to lead New York's second-largest city.

The 38-year-old nurse and union leader captured a major political prize for the party's left wing with her victory over Mayor Byron Brown.

The Associated Press called the race Wednesday after it became clear there weren’t enough absentee ballots for Brown to overcome Walton’s lead. She had declared victory Tuesday night.

“All that we are doing in this moment is claiming what is rightfully ours,” Walton told cheering supporters inside a city nightclub. “We are the workers. We do the work. And we deserve a government that works with and for us.”

Posted by Councilman George L. Cook III at 6:04 AM