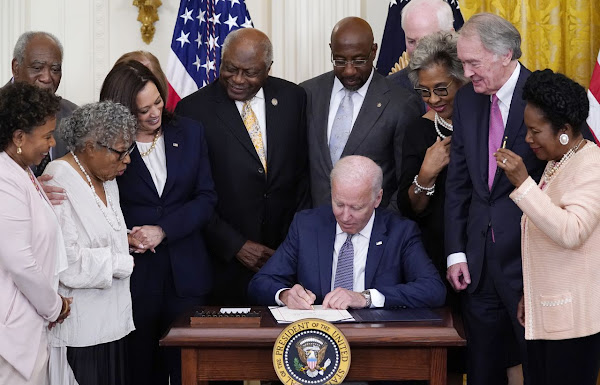 President Joe Biden on Thursday signed a bill establishing Juneteenth, the date commemorating the end of slavery in the United States, as a federal holiday.

Juneteenth National Independence Day will become the 12th legal public holiday, including Inauguration Day, and the first new one created since Martin Luther King Jr. Day was signed into law in 1983 by then-President Ronald Reagan.

Juneteenth celebrates the emancipation of the last enslaved African Americans. On that day in 1865, Union soldiers led by Gen. Gordon Granger arrived in the coastal city of Galveston, Texas, to deliver General Order No. 3, officially ending slavery in the state.

Most federal workers will observe Juneteenth on Friday this year because June 19 falls on a Saturday.