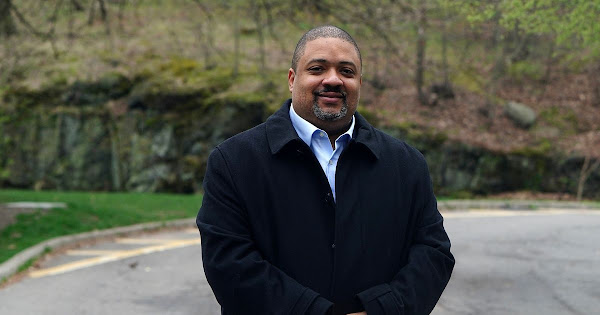 Alvin Bragg declared victory late Friday, July 2, in the hard-fought Manhattan District Attorney Democratic primary after his top challenger Tali Farhadian Weinstein conceded the race. Unlike the other city primary races, the DA race did not have rank choice voting (RCV) as it is technically a state and not city office. “This has been a long journey that started in Harlem. And today, that 15-year old boy who was stopped numerous times at gunpoint by the police is the Democratic nominee to be Manhattan District Attorney,” Bragg said in a statement.

“I applaud all the candidates for their passion and ideas to transform the Manhattan District Attorney's office, thank them for making me a better candidate and better prepared to lead the office, and look forward to working with them to bring the change that New York’s criminal justice system so desperately needs. “We are one step closer to making history and transforming the District Attorney’s office to deliver safety and justice for all. One that ends racial disparities and mass incarceration. One that delivers justice for sexual assault survivors and holds police accountable. One that prosecutes landlords who harass tenants, employers who cheat their workers, and stands up to hate crimes. And one that stops the flow of guns onto our streets,” he added.

According to unofficial election night totals, including early voting ballots Bragg had 33.84 percent of the vote (71,947 votes) to Weinstein’s 30.42 percent (64,682 votes). “We have now counted a majority of paper ballots, and though we fought a hard race, it has become clear that we cannot overcome the vote margin. When all votes are counted, we expect to come in second by a few percentage points,” said Weinstein. “I spoke with Alvin Bragg earlier today and congratulated him on his historic election as Manhattan’s first Black district attorney,” Weinstein added. “We had important disagreements throughout the campaign, but I am confident in Alvin’s commitment to justice, and I stand ready to support him. I wish him and the women and men who serve in the district attorney’s office every success.”

Bragg most recently served as the state Chief Deputy Attorney General. He will face Republican attorney Thomas Keniff in the November general election in the heavily Democratic borough.

Posted by Councilman George L. Cook III at 8:59 AM