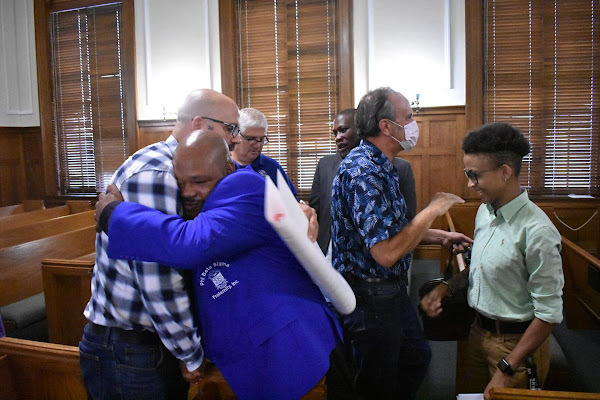 A street believed to be named for Nathan Bedford Forrest, a Confederate general and Ku Klux Klan founder will be changed to Barack Obama Boulevard in Valdosta Georgia.

The City Council voted 6-1 to change the name from Forrest Street to Barack Obama Boulevard.

Davis and the Action Sociology Anthropology Club set a goal to gather at least 187 signatures of parcel owners on Forrest Street and Forrest Street Extension to meet a city mandate of needing 60% of owners' signatures to consider changing a street name.

”The meaning of names is powerful. It shows how much the community cared about changing his name and these are people on the streets, so the credit doesn’t come to me. The credit goes to the residents of Forrest Street that wanted this name change and they allowed it to happen by signing the signature,” said Davis.

The group raised $3,000, a reimbursement fee that needed to be paid before the verification process for the signatures was completed June 22.

This reimbursement fee, the actual costs of renaming the street, had the potential to contain costs for advertising, new signs and/or installation of new signs.

Now that it has been approved, a 90-day period will be given for emergency officials to update dispatch records and people living on that street to update financial statements.

Posted by Councilman George L. Cook III at 10:31 AM