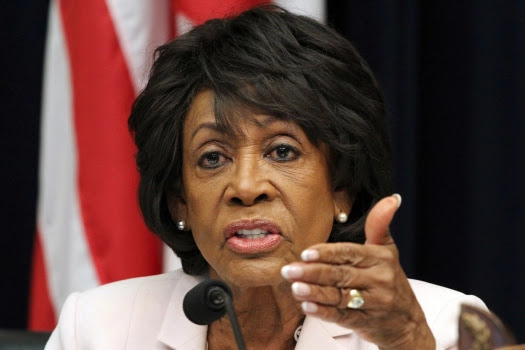 “I write to ask that the United States Department of Justice (DOJ) take immediate action to address the reported existence of a rogue, violent gang of law enforcement officials, who call themselves the “Executioners,” operating within the Los Angeles Sheriff’s Department (LASD), specifically the LASD Compton station,” wrote Congresswoman Maxine Waters. “…an LASD deputy provided sworn testimony identifying more than a dozen deputies with matching tattoos symbolizing their association with the Executioners gang… Deputies at the LASD Compton Station reportedly “chase ink”, a slang term for a deputy who attempts to win favor with the Executioners by committing violent acts in hopes of receiving the group tattoo denoting gang membership.”

“The gang allegedly sets illegal arrest quotas, threatens and harasses fellow deputies, and holds parties after shootings, called ‘998 parties,’ which are in part a celebration that a new deputy will be inked by the gang,” continued Congresswoman Maxine Waters. “The tattoos worn by the police gang reportedly feature Nazi imagery… In disturbing evidence of the violence perpetrated against the Los Angeles community by the LASD gang, the whistleblower identified the two deputies responsible for the death of Andres Guardado, a Gardena, California teenager killed by police on June 18, 2020, as members of the Executioners…The killing of Andres Guardado is not the only example of the LASD’s excessive and brutal tactics in the Los Angeles community. On August 31, 2020, LASD deputies fatally shot Dijon Kizzee in South Los Angeles.”