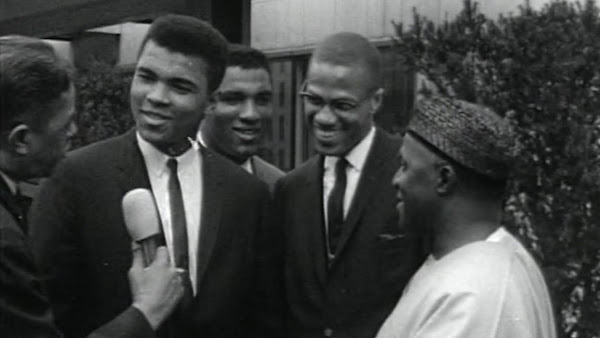 Synopsis: Blood Brothers: Malcolm X & Muhammad Ali tells the extraordinary story behind the friendship of two of the most iconic figures of the 20th century: Muhammad Ali and Malcolm X. Few people understand the bond these men shared. The charismatic and outspoken Olympic champion who charmed the nation, and the excon-turned intellectual revolutionary who railed against the evils of white oppression by speaking truth to power. The message they carry, still as potent and relevant today as ever before. Their bond was undoubtedly deep, their friendship real and their legacies inextricably bound.

The documentary is ditby Marcus A. Clarke (Unsolved Mysteries, Rapture).

Clarke says that, “Malcolm X and Muhammad Ali are two of the most iconic and revered African Americans of the twentieth century, and yet the depths of their friendship and the influence they had on each other is largely unknown. Blood Brothers provides a deeper understanding into what made these two men tick, the intense role faith played in their bond and ultimately how their budding friendship came to an abrupt end.”

The executive producers are Erynn Sampson for Khalabo Ink Society; Jonathan Chinn and Simon Chinn for Lightbox; and Simon George.