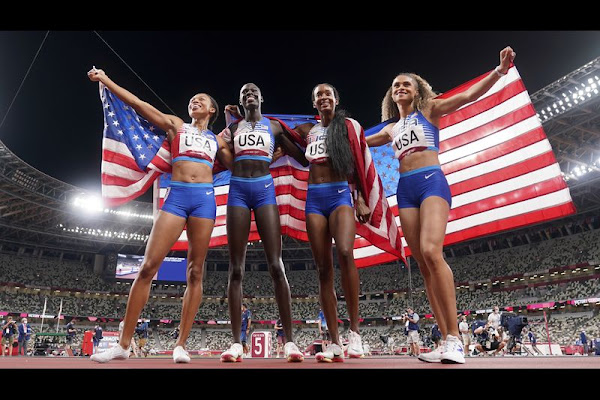 Allyson Felix won her 11th career Olympic medal Saturday, combining with her American teammates to finish the 4x400-meter relay in 3 minutes, 16.85 seconds for a runaway victory.

The team of Felix, Sydney McLaughlin, Dalilah Muhammad and Athing Mu was never in jeopardy in this one. Poland finished second, 3.68 seconds behind, and Jamaica finished third.

Felix, who became the most-decorated woman in Olympic track history when she won bronze in the 400 the night before, now passes Carl Lewis with the most track medals of any U.S. athlete. Of the 11 medals, seven are gold.