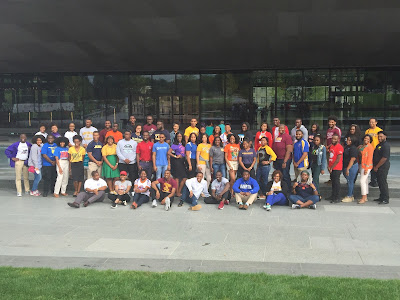 The White House Initiative on Historically Black Colleges and Universities (Initiative) today announced its eighth cohort of HBCU Scholars. This program recognizes 86 undergraduate, graduate, and professional students for their accomplishments in academics, leadership, civic engagement and much more.

Currently enrolled at 54 of our nation’s HBCUs, the scholars were selected from an applicant pool of over 200 students who submitted completed applications that included a transcript, resume, essay, and letter of recommendation. Applications also required the signature of their university president, adding a level of prestige to this application process.

“The HBCU Scholars announced today all have demonstrated remarkable dedication to their learning and exemplify the talent that our nation’s Historically Black Colleges and Universities have nurtured for generations,” said U.S. Secretary of Education Miguel Cardona. “The students who hold this honor are committed to creating a more just and equitable society through their civic engagement. They are leaders and change-makers in their communities, and I cannot wait to learn from them as they serve as ambassadors both for the White House Initiative and their institutions of higher education.”

“As President of the State of Florida’s first Historically Black College or University I am exceedingly pleased to support the tremendous work of the Initiative in its most recent selection and recognition of the nation’s highest achieving scholar students from across our 105 historic institutions,” said Edward Waters University President & CEO, Dr. A. Zachary Faison, Jr. “The White House Initiative on Historically Black Colleges and Universities Scholars Program’s longstanding commitment and emphasis upon platforming the very best and brightest amongst our students and showcasing their exceptional high scholarship and demonstrable leadership on a national stage speaks directly not only to the continuing contemporaneous relevance of HBCUs but equally underscores the uncontroverted depth of extraordinary talent that our institutions continue to produce and possess.”

Over the course of an academic school year, the HBCU Scholars selected through this program will serve as ambassadors of the Initiative and their respected institution. The Initiative will provide scholars with information about the value of education as well as networking opportunities. Scholars can also share these resources with their fellow students.

Through their relationships with community-based organizations, and public and private partners, all of which are gained through this recognition, scholars will also share promising and proven practices that support opportunities for all young people to achieve their educational and career potential.

This cohort of HBCU Scholars will also participate in national and regional events and monthly classes with Elyse Jones, HBCU Scholar Program Coordinator, Initiative staff and other professionals from a wide range of disciplines. All HBCU Scholar events are designed to connect HBCU students with non-profit, business, and federal leaders to discuss professional development while identifying challenges and providing equitable solutions to barriers that HBCU students face when preparing and entering the 21st century workforce.

“Supporting the next generation of student leaders who will continue their education and graduate from HBCUs has been the highlight and joy of my career with the Initiative” says Elyse Jones, HBCU Scholar Program Coordinator. “It is my honor to announce these 86 students who will continue to make meaningful contributions to our country. Each student selected into this program has demonstrated their commitment to their academic achievements and improving their communities. I look forward to working with them as partners I can’t wait to see what they will do as leaders.”

Selected HBCU Scholars will be invited to the 2021 HBCU Week National Annual Conference, which will take place September 7-10, 2021. This year’s conference theme is “Exploring Equity.” During their time at the conference, they will participate in sessions about entrepreneurship, innovation, and personal and professional development. Most importantly, they will also have opportunities to engage with one another and showcase their individual and collective talent across the HBCU community.

More information about the  HBCU Scholars’ activities will be provided in the coming months as they serve as ambassadors of the White House Initiative on Historically Black colleges and Universities.

NOTE TO EDITORS: Below is a list of the 2021 HBCU Scholars in alphabetical order by their hometown state, and including the city they are from, the school they attend and the school’s location. (Sorted by School Location)