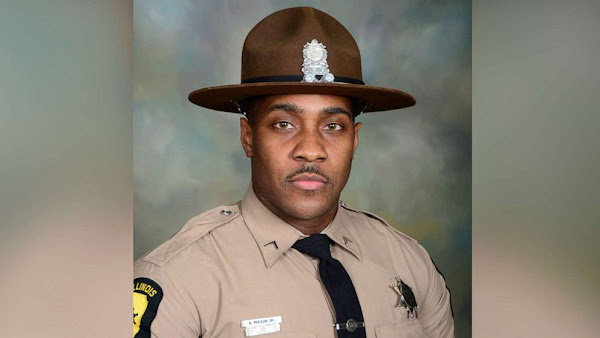 death of an Illinois State Police trooper on a Chicago expressway has been ruled a suicide, the Cook County Medical Examiner’s office said Saturday. An autopsy found District Chicago Trooper Gerald Mason, 35, died of a gunshot wound to the head, the medical examiner's office said. His age was initially reported as 36 on Friday by state police. The 11-year state police veteran died Friday shortly after the shooting around 2 p.m. on the inbound lanes of the Dan Ryan Expressway on the city’s South Side, authorities said.

An Illinois State Police trooper died Friday after being shot on the Dan Ryan Expressway in Chicago, authorities said, on the same day the state started stepping up patrols in response to a surge in shootings involving motorists in the city.

The trooper was pronounced dead at 2:16 p.m. Friday at the University of Chicago Medical Center, said Natalia Derevyanny, a spokeswoman for the Cook County Medical Examiner’s office. An autopsy will be conducted, she said.

“He was an amazing District Chicago trooper,” Kelly said during a brief news conference Friday evening.