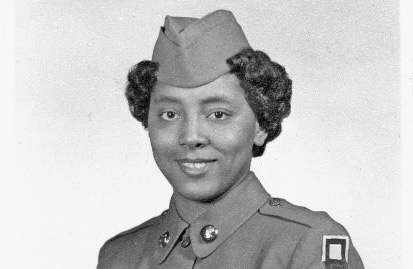 In 1952, before Rosa Parks and the Montgomery bus boycott of 1955, Sarah Keys Evans, a Private First-Class in the Women’s Army Corps, was arrested for refusing to give up her seat on an interstate bus from New Jersey to North Carolina. Although not the first civil rights figure to refuse to give up their seat, the Keys Evans’s court case laid the foundation for civil rights advocates in the years to come.

“Before Rosa Parks, there was Sarah Keys. The story of North Carolina’s own is one of courage and conviction, and I am proud to introduce a bill to ensure she will be a hidden figure no more. Sarah Keys Evans’s fortitude and determination to stand up for the rights of Black Americans and fight for what is right is an example to all of us. With this bill, we honor this North Carolina veteran for her tremendous contributions to the civil rights movement and the fight to end segregation,” said Congressman G. K. Butterfield.

“Over the course of her life, Sarah Keys Evans has exemplified what it means to be an American hero and stand for what’s right. She not only fought for our country in the Women’s Army Corps, but she also fought for civil rights and the end of segregation during a dark chapter in our nation’s history. This Veterans Day, I am proud to cosponsor a bill to award the Congressional Gold Medal to Sarah Keys Evans to thank her for her service and all that she’s done for the betterment of America. We are a better place today because of the courage, bravery, and sacrifice of Private First-Class Keys and all those who followed in her footsteps,” said Chairman Mark Takano.

The Congressional Gold Medal is the highest civilian honor bestowed by the United States Congress. Only 163 have been awarded since 1776, the first going to President George Washington.

Posted by Councilman George L. Cook III at 7:35 AM