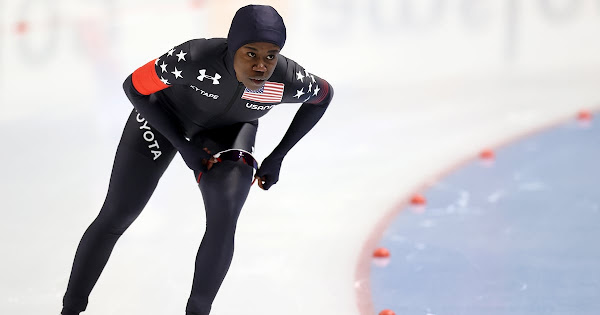 She won the 500 meters Friday at the season opener in Poland, finishing in 37.613 seconds. Defending Olympic champion Nao Kodaira of Japan was 0.13 seconds behind. The field included all three medalists from the world championships in February, when Jackson didn't compete.

Jackson is used to making history, in 2018 She became the first Black woman to qualify for a U.S. Olympic long-track speedskating team.