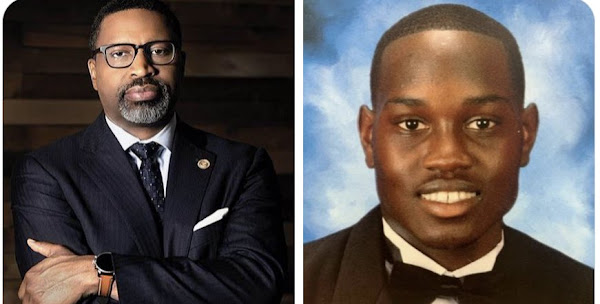 The verdict in the trial over the killing of Ahmaud Arbery is long overdue. Ahmaud Arbery's death was unnecessary and fueled by racist ideologies deeply engrained into the fabric of this nation. Generations of Black people have seen this time and time again, with the murder of Emmett Till, Trayvon Martin, and many others. The actions and events perpetrated by the McMichaels and William Bryan leading up to Ahmaud's death reflect a growing and deepening rift in America that will be its undoing if not addressed on a systemic level. We must fix what is genuinely harming our nation: white supremacy. To address and begin to repair the harm and trauma caused by centuries of racism, violence, and murder, we need stronger federal and state actions to address and eliminate outdated racist policies, like citizens' arrest.

Although we still grieve the senseless murder of Ahmaud, today, we stand in solidarity with the family and Brunswick community and celebrate the guilty verdict that will bring some comfort and sense of justice to Mr. Arbery's family, friends, and community.