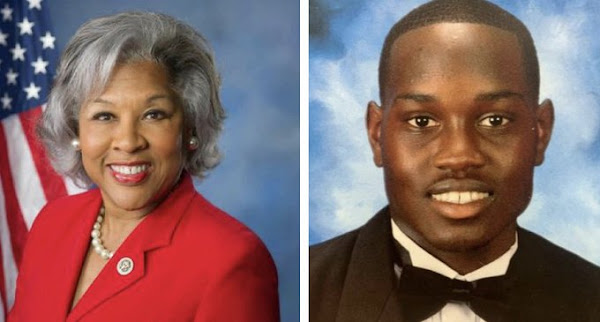 “This story — although devastating — is not new; we’ve seen this play out repeatedly. Vigilantes acting with racial animus take the lives of Black men and boys, and claim self-defense when confronted with the consequences of their actions. Travis McMichael; his father, Gregory McMichael; and William Bryan are criminals who deserve to be punished for their role(s) in murdering 25-year-old, Mr. Ahmaud Arbery,” said Congressional Black Caucus Chairwoman Joyce Beatty. “Simply put, none of these criminals had any concrete knowledge Mr. Arbery committed any crime on the day they murdered him. Further, the vitriol and racist tropes invoked by the defense to justify their client(s) illegally detaining, filming, and committing murder were applauding and extremely offensive.”

Beatty continued: Additionally, this heinous crime was captured on video, and the facts are there. Justice has been served. However, there is still much to work to be done. The Congressional Black Caucus will continue to champion criminal justice reform and common-sense gun control measures because vigilante justice has no place in our society. Our thoughts and our prayers remain with the family and loved ones of Mr. Arbery.”

“For more than a year, Americans have demanded justice for the murder of Ahmaud Arbery, who was killed in cold blood while jogging unarmed. To our relief, the jury has held his killers responsible for their heinous actions,” said Congressman Steven Horsford. “In the aftermath of this horrific episode, Congress has a moral obligation to make our nation fairer and safer for all Americans. There must be accountability for hate, there must be criminal justice reform, and there must be common-sense gun reform. To honor Ahmaud Arbery and his family, we must act.”

“Anyone who saw the video of Ahmaud Arbery’s murder knows this is the correct verdict. I have been guilty of looking around a new construction being built. Automatically, a Black man must be stealing from the property rather than just being inquisitive. But even with this verdict, we still need to make the changes to society that would stop such senseless killings of African Americans nationwide. My condolences and prayers continue to go out to Mr. Arbery’s family and friends for their loss. But today, they know that justice was served and his killers will go to prison, ” said Congressman Donald M. Payne, Jr.

“Ahmaud Arbery should still be here today. People who murder others must be held accountable. Travis McMichael, Gregory McMichael, and William Bryan unjustly killed Ahmaud Arbery after they racially profiled him and deserve to be punished. Too many people have attempted to slander and victim-blame a young man whose only crime was jogging while Black. One day I hope that we are a nation where Black people can jog, play, protest, and exist without fear of hatred or violence. I will not stop fighting until that day is a reality. Today’s verdict was a step toward accountability and a justice system that extends equal protection under law to every American,” said Congressman Troy Carter.