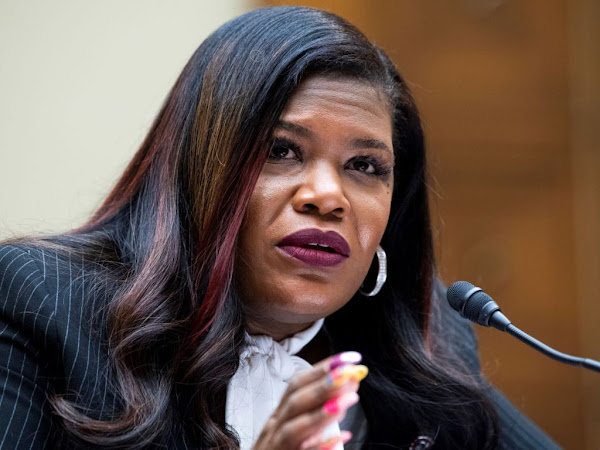 Rep. Cori Bush (D-Mo.) released the following statement criticizing Sen. Joe Manchin (D-W.Va.) on Monday hours after he publicly refused to sign off on the latest iteration of a $1.75 social spending package that House Democrats hoped to vote on this week.

"Joe Manchin does not get to dictate the future of our country.

I do not trust his assessment of what our communities need the most. I trust the parents in my district who can’t get to their shift without childcare. "I trust the scientists who have shown us what our future will look like if we fail to meaningfully address the climate crisis. I trust the patients and doctors crying out for comprehensive health coverage for every person in America.

"When I promised St. Louis a historic investment in children, in our seniors, in housing, and in our schools, I said that I would do everything I can to actually deliver change that our community can feel. "We cannot spend the next year saying, ‘the House did its part, and now it’s the Senate’s turn.’ We need the Senate to actually get this done.

"Joe Manchin’s opposition to the Build Back Better Act is anti-Black, anti-child, anti-woman, and anti-immigrant. When we talk about transformative change, we are talking about a bill that will benefit Black, brown and Indigenous communities.

"Those same communities are overwhelmingly excluded from the bipartisan infrastructure bill. We cannot leave anyone behind.

Senator Manchin must support the Build Back Better Act."