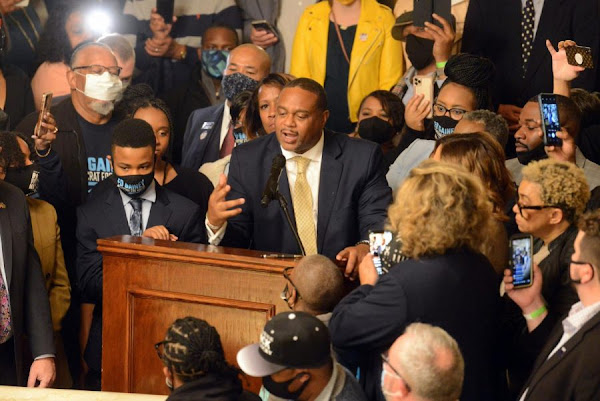 Pittsburgh voters on Tuesday elected state Rep. Ed Gainey (D) as the city’s 61st mayor — and the first Black man to lead a city that has grown more diverse in recent decades as the economy has diversified.

Gainey, 51, will succeed Mayor Bill Peduto, a fellow Democrat he defeated in the May primary.

Posted by Councilman George L. Cook III at 6:03 AM